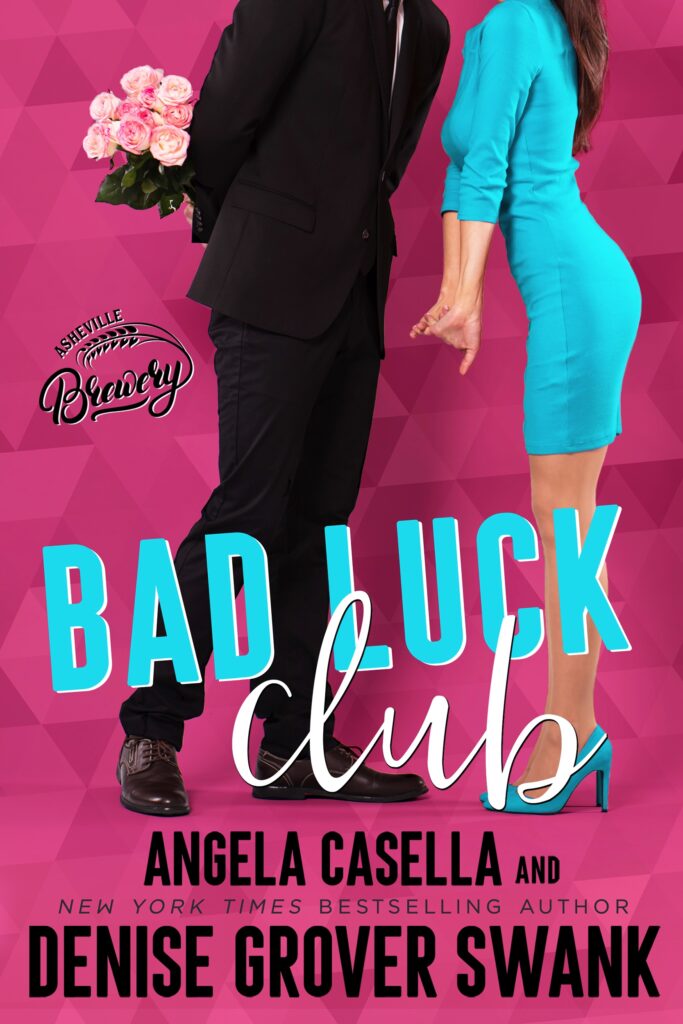 A grumpy man. A recovering people-pleaser. And the secret club that brings them together.

Lee Buchanan is a hot mess.

Turning one’s father in to the feds can do that to a man.

He had nothing to do with his father’s Ponzi scheme, but he’s blacklisted from commercial real estate all the same. Which is how he ends up in Asheville, working at the brewery he inherited with his siblings. He’s salty as hell, and he doesn’t care who knows it.

Until the gorgeous, intriguing Blue Combs issues the most peculiar invitation he’s ever received: Come to the Bad Luck Club. We can help you.

It sounds like a cult or, worse, a group of Mary Sues, but Blue is different from any woman he’s ever met. For better or worse, he’s drawn to her.

Just like she’s drawn to him, even if she has no intention of going all in with another man. She’s been there, done that, twice, and the life she’s built for herself is too important to risk.

What starts as one person’s desire to help another turns into a connection too powerful to be denied—but can two broken people grow together, or will they tear each other apart?

“This is one of my favorite books in the Asheville Brewing series so far. I love how Blue & Lee push back against the pull that they feel for each other. It isn't a quick-to-love story, and the characters feel as though they have depth.”

“I have loved every book in this series--this latest, last installment definitely included! This book, like its predecessors, has moments of laugh out loud humor that are balanced out by a touching and sweet love story. Blue and Lee are in many ways an odd couple-- and yet they complement each other so perfectly!”

“A potion for romance and quirkiness that never disappoints! The characters are both fun, and inviting. Leaving you with a sense of envy combined with peals of laughter!”

“Such a fun series with rich, hilarious characters!! I thought each book held its own. Well done!”